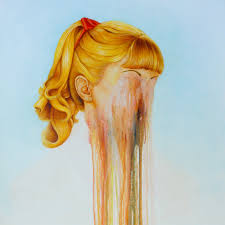 True, it’s not real life. But it doesn’t mean that it has to be a lie, not if we tell the truth.

It’s not real life not only because of the obvious – it’s a virtual life – but also because it is actually impossible to portray the whole of a person’s day to day life, and thoughts and feelings, in a virtual world. But it doesn’t have to be entirely an illusion.

Essena O’Neill did a great job at waking up and realizing that she was not happy because she was not being real to herself, because she was addicted to external validation, because she was lying to herself and making us believe the lie, too (not that she forced anyone to follow her). I really congratulate her for that realization and I really hope more people open their eyes to whatever it is that they are doing that is subtly and showily making them unhappy.

Of course, what she realized is what a lot of people already know, but it’s not until it comes from an Instagram celebrity that this truth could have the potential of being assimilated by the masses. So I’m glad that she had the courage to stop and speak up, and I hope that all her 612 000 followers, and even more new people, follow her recent awakening. I hope we don’t abandon her now because if we do, it would prove that we and not just the models and the corporations, make social media an illusion, an unreal life.

Let’s not talk about social media as if it was extraterrestrial force imposed on us to brainwash us about what we like and want, and who we are. Social media is us, we give it the “social” aspect; whether we are of those who post unreal things or not, let’s not forget that we all make it social together and we make it fake when we encourage each other to be fake, when we celebrate frivolous behaviors. It’s us who follow and like and allow these illusions to exist. We all have a responsibility in that illusion, no matter what age we are, where we live and what are our dreams and fears, if we participate in social media we have the power of showing what we want to show, of choosing who we want to be in the eyes of others; therefore we are influencing it, and making it what it is. So who else is there to blame for the “isnotreallife” part, but us?

It’s up to each of us what we want social media to be. We may not have control on the masses (us regular folks) but at the end of the day we do have control over ourselves and we choose what we share and like, and whom we follow and whom we celebrate.

Being part of social media is great, it’s a privilege of our time and there is nothing wrong with it per se; we’re just choosing to show certain pieces of our lives (from our physical appearance to spiritual awakenings) in order to connect with each other on some level – of course real face to face connections are deeper – whether for sympathy and solidarity or self-validation and marketing the point is that we are connecting with each other and it’s up to us if we make those connections significant and worthy of our time. By worthy of our time I mean a time that is just as privileged with information technology as it is doomed by it, so it’s a time where we can choose the path of humanity, for the future of our civilization; how do we want to go down in history (not just individually but collectively) as social media slaves or social media bosses, where social media is a means of bringing more diverse people together and bringing out the best of each other, not our lowest.

But on the other hand, I’m afraid that her awakening and courage will misguide some people to believe that we must now condemn and judge anyone who cares about their personal look and shares it in social media. There is nothing wrong with wanting to look nice, attractive and cool (in virtual or real life), we don’t need to condemn everyone who shares a nice photo of themselves or everyone who likes looking a certain way. I believe the standard is moderation for both sides (the one posting and the one judging) and this means that what we want to be careful with is not with letting our appearance control us, not letting our image and external validation control us.

Essena confessed that she was hooked to external validation, and I can see how that can happen in a mass global social platform as Instagram. It happens partly because it’s something that is constantly active; mass social platforms are on 24-7, so you can potentially get likes on one post for hours non-stop, so the gratification is constant. If you do this everyday, especially with staged “fake” images, you will have no choice but to define yourself by cold numbers and forget who you actually are and what you actually want. Waking up from the midst of that takes real illumination so, again, I congratulate her for it.

On this note, I’m not going to judge why anyone seeks external validation or even if their intention with dressing and acting in a certain way is for validation or not. I could say that seeking external validation is due to a low self-esteem and I feel sorry for those who only post photos of their bodies but I don’t want to put everyone in the same category because we can’t presume to know other people’s reasons, we can’t assume everyone is the same and we never know where someone’s behavior stems from, we don’t know their background and context, so we need to stop assuming and judging each other.

So let’s calm down with the judgments on who is sharing too much or caring too much (or too little) and let’s focus on what we are doing and what we are contributing to, instead of judging who is not “cool” or “amazing” enough, or on the other hand, not smart or deep enough. Let’s focus on what we, as individuals, are celebrating and promoting, and let’s make sure we are not lying to ourselves with a fleeting moment of “happiness” because at the end of the day we are the only ones who truly know why we do the things that we do and what we are trying to cover up. And when we are 80 years old there will be no amount of accumulated likes that will convince us that we had a happy life when we really just spent it satisfying others’ expectations. So #letsbegamechangers.